“It’s official. Last week a journalist from the Irish Times tweeted that vaccines distributed throughout Africa would not be recognised by the countries of the European Union. This was initially thought to be directed against vaccines manufactured outside of the EU, but is now understood to include even the vaccines donated from the US, the UK, and the EU itself.

So what does this mean in practice? On one level, not much. To date, South Sudan has just received 60,000 first and second doses of the Astra Zeneca vaccine. There has been a commitment from the US for just over 100,000 Johnson & Johnson one-shot vaccines. That’s it. For a country of over eleven million people, these donations are only a drop in the bucket, but, to paraphrase Mother Theresa, it would be a drop in the bucket that would be missed if it were not there. 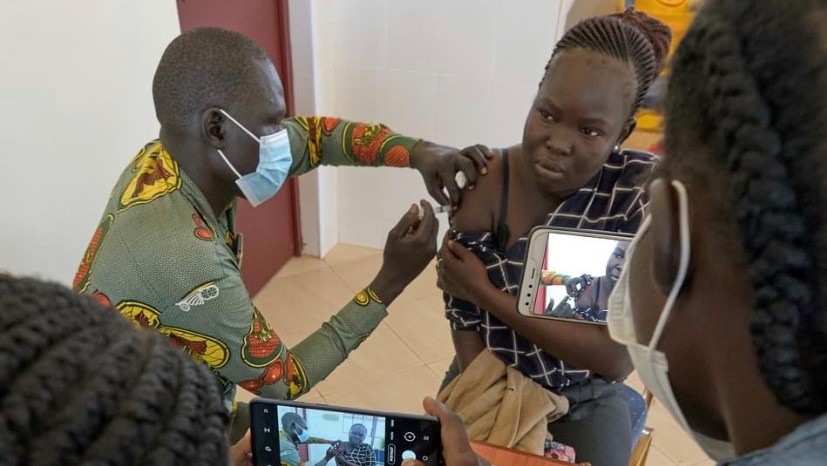 You might well ask, why are African countries not producing their own vaccines? Well, they are, but there’s a catch. Earlier this year a company in South Africa produced 10 million Johnson and Johnson vaccines. The continent clearly has the know-how and the technology. What they don’t have is the buying power. The entire ten million doses were sold to the EU as part of their vaccine drive. At this point, it might be good to look at the disparity in COVID health care. As of the last week in September, there is 74.4% full vaccination coverage in Ireland and just 4% coverage throughout Africa. It was only after international outcry at the manifest injustice of the act that the vaccines were returned to South Africa to be distributed there.

As I have mentioned before, we have been lucky in South Sudan that the number of COVID infections have been quite low. This has been variously attributed to the country’s low average age, hot climate, and relative inaccessibility of the towns and cities. Whatever it is, it is evident that our luck is running out. Only yesterday, two of the religious sisters in our Diocese were diagnosed with COVID, with another going for testing today. One of the sisters working in a nearby hospital has also tested positive. Given the modest budget for testing, the emergence of these cases among front-line religious sisters is indicative of a significantly higher infection rate among the general population.” 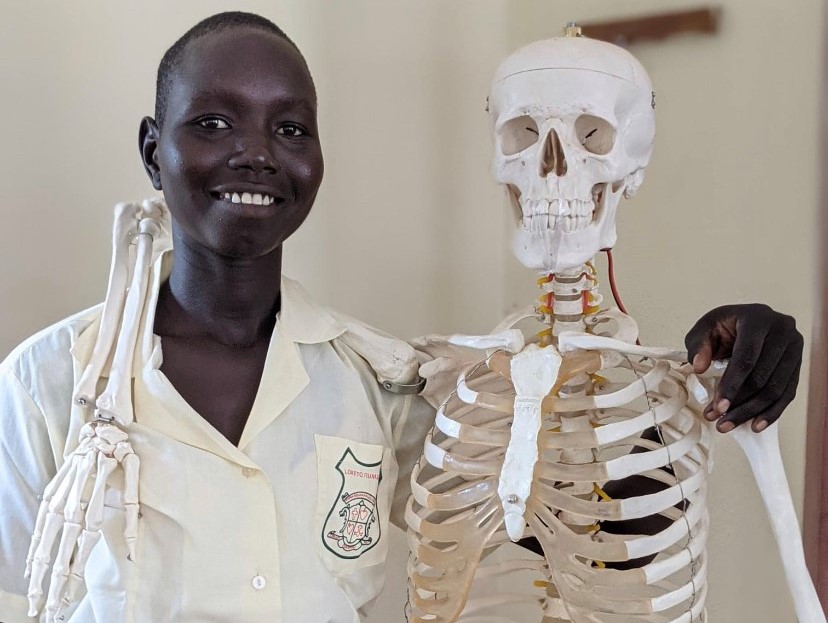 “This is the time for solidarity, not division; for unity, not injustice.”

“However, there is good news too. Ten days ago, the second dose of the Astra Zeneca vaccines were delivered to Rumbek. Last time, we had so many people come from Loreto to receive the first dose that the hospital saved us a trip and sent a dedicated team to our Mary Ward Primary Health Care Clinic. We now have almost two hundred teachers, nurses, religious sisters, and agricultural workers who are fully vaccinated against COVID.

While a welcome relief, this level of take up was not easy to achieve. Rumours and the most ridiculous conspiracy theories abound about vaccines. The fact that the leadership team of Loreto were the first to take the vaccine gave others the confidence to go for their own. This frustrating reality is that this is not restricted to South Sudan, but is something of a global challenge.

Many of these rumours are easily dismissed as pure nonsense. However, the latest ruling by the EU quite reasonably has provoked doubts and concerns. We have been asked what the problem is with the vaccine that is been distributed in South Sudan. In spite of the fact that the entire enterprise is been undertaken by the World Health Organisation and their partners, the decision by the EU further emphasises the divide between the global north and south. We have many dedicated, professional medical personnel here who are entirely committed to an efficient vaccine roll-out. To disregard their work in such a cavalier manner is sheer prejudice. This is the time for solidarity, not division; for unity, not injustice.”

Photos of Loreto School courtesy of Life on Earth Pictures