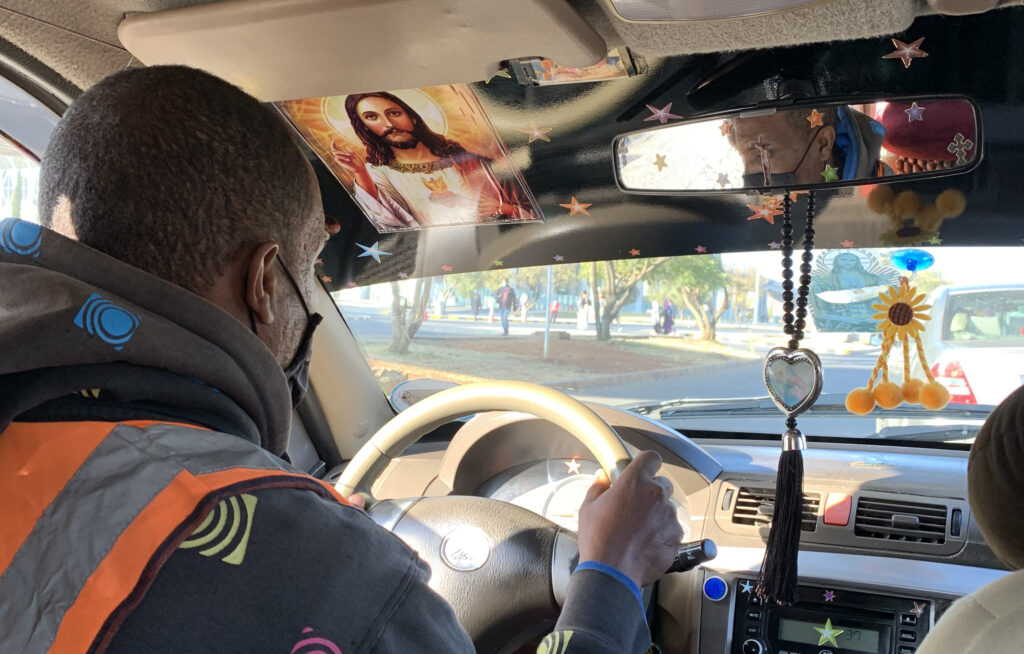 In the Bible signs are a part of any great journey. Noah had his rainbow. Moses followed a pillar of fire. Jonah had a whale. I had a taxi. I had just arrived into Addis Ababa on an overnight flight and had an impossible task ahead of me. In a short transit window, I had to negotiate an unfamiliar city, unravel a bureaucracy, and be back with my South Sudanese visa in hand before my flight to Juba in the afternoon. I grabbed the first taxi and as I searched for the seat belt, I knew things would be alright. The interior of the cab was decorated by the driver with image after image of the Sacred Heart. It might not be a dove with an olive leaf, but it would do.

Travelling to South Sudan can be a challenge, even under the best of circumstances. My first trip in 2014 was by pickup truck from Kenya in the company of the wonderful Kiltegan Missionaries. It took us three separate attempts, because the road was flooded and completely impassable. In 2017 I arrived by air and was delayed again because the local flight I was waiting for missed the runway in another airport and hit a fire truck. Thankfully, no one was hurt, but plane, the truck, and all the luggage went up in smoke.

With all of the restrictions around the current pandemic, I approached my new appointment to Loreto School for Girls in Rumbek with both optimism and realism. News and air schedules changed regularly and two of my flights had already been cancelled. From the moment I took the Covid travel test on a Tuesday morning in November, I had just seventy-two hours to arrive in Juba, South Sudan’s capital. Any later and I would be denied entry. The clock was ticking and there was no margin for error.

It had taken an Aircoach, followed by two flights through strangely empty airports in Dublin and Heathrow, to get me to Addis. Armed with a sheaf of documentation provided by the school in Rumbek I presented myself to the Irish Embassy. Their incredible team were going to help push the application process as fast as it could go. In the company of the Irish Ambassador’s driver we pulled up the South Sudanese Embassy just as its Deputy Ambassador arrived. A tall, red bearded Catholic priest is an incongruous sight in Ethiopia and after he came over to see what was happening, he invited me into his board room. My paperwork and passport was whisked away and I sat down to the Irish Times cross word puzzle. While I was still trying to figure out 13 Across “Able to bounce back from adversity” 9 letters, my visa was processed and we were off again. 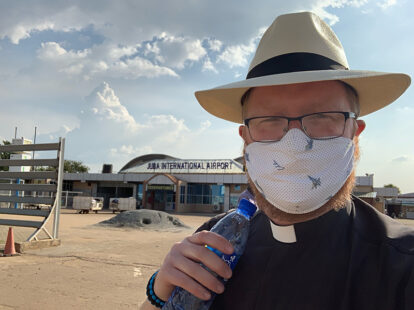 Arriving in South Sudan’s capital on Thursday afternoon with my Covid test and passport firmly clenched in my fist, I passed through the necessary health, visa, and customs checks, before spending the night in a local hotel. Over breakfast, purely by chance, I met two members of our sister congregation, the Daughters of Our Lady of the Sacred Heart. They were on their way back to their mission in Mapuordit, and were taking the same flight as myself with the UN World Food Programme.

Finally, after four days of cars, buses, and planes I arrived in Rumbek. It was a glorious reception with hundreds of children turning out in uniform, who began singing in wonderful harmony once we disembarked the plane. The moment was spoiled somewhat, when halfway through their song they all just stopped and wandered about chatting and joking with their friends. They were there to greet to a Christian archbishop and they mistakenly thought he was with us. Still, a team from Loreto was there to give us a warm welcome. The sisters stayed the night, before leaving early the following morning. They would have to drive for an hour, then get out and wade through flood waters for another hour, before picking up a lift on the far side to continue their journey home. Sr. Wendy has been in South Sudan on mission for twenty years serving her local community. There are plans already on the go to meet up again. For my part, it was time to unpack and discovery my new home. But we’ll hear more about that next time.