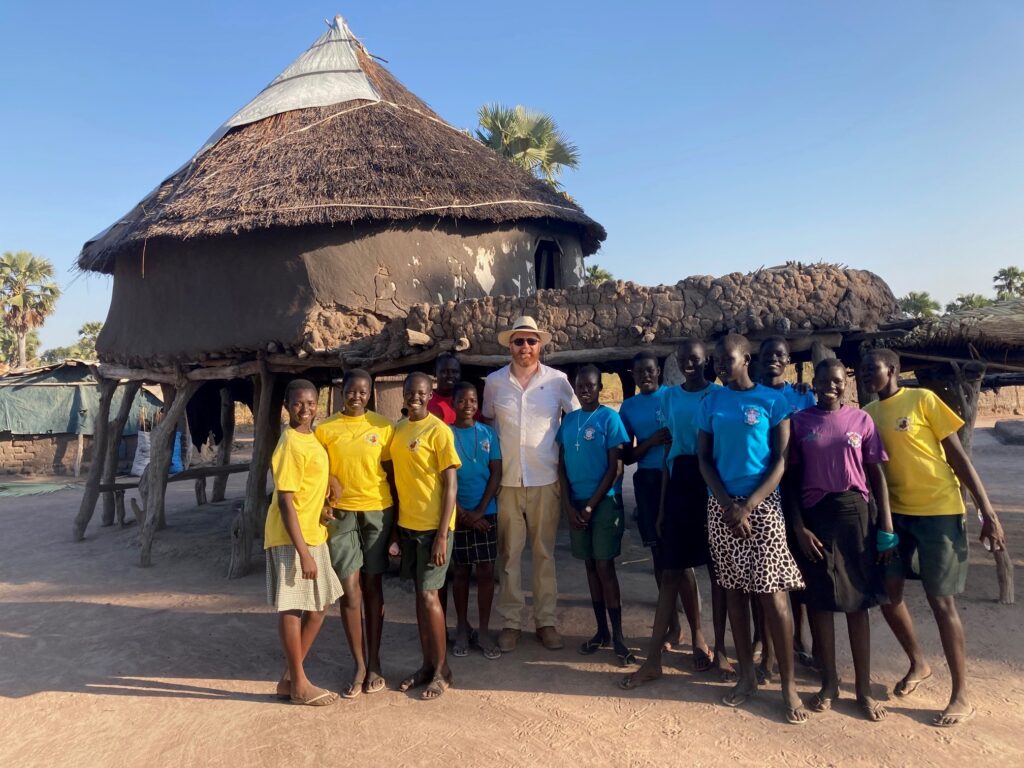 The mud hut behind us is a typical South Sudanese home in the countryside. Most of our students would come from places like these.

“It is coming up to a month since I first stepped off the plane at Rumbek Airport. Since my arrival, it has been a whirlwind of new experiences. The first thing you notice, in fact you can’t miss it, is the heat. I went from winter in Ireland to an average daily temperature of 37C and I was reliably informed that this was the coolest part of the year. I am fascinated that each morning there are people out and about with coats and a few wool hats. They in turn are mystified how I’m surviving sporting shorts and a t-shirt!

I am still settling into life at Loreto Rumbek and it has been a special privilege. It originally began as a school in 2008 under a tree in a scrub field five kilometres outside of the town, that was gifted to the sisters by a local chief. Its purpose was to educate young girls, a challenge in an environment where schooling was almost exclusively restricted to boys. South Sudan is still ranked as the world’s most difficult nation in the world for girls to receive an education, with only three out of a hundred having the opportunity to go to secondary school. Just over half of all girls are married before they are eighteen years old and almost one in five are married before they are fifteen. 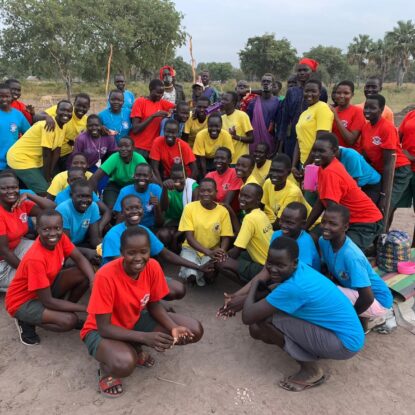 A number of the Loreto Rumbek students out for a walk in the community. 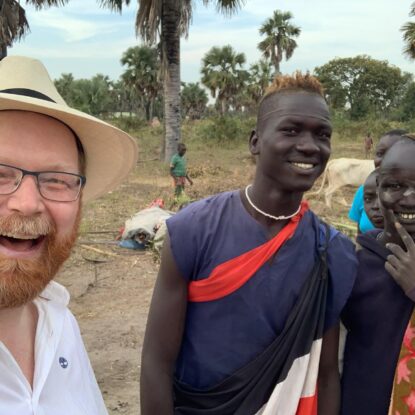 Fr. Alan meeting a few of the boys responsible for looking after the herd of cows in the cattle camp.

Over the last twelve years the project has grown from a few chairs under a tree and now includes a primary school with 1,200 children, a secondary with 300 girls, an agricultural project, and the newly opened primary health care clinic. It hasn’t always been plain sailing and 2020 has been especially difficult. The pandemic has caused widespread disruption around the world and South Sudan is no exception. However, Loreto has had their final classes of primary and secondary school back since autumn because they will still sit state exams in spring. We will need to keep them in our prayers.

Last Saturday we had a small, but significant celebration in the community. Five of the young women finished their two-year intern programme, where they had worked after their graduation in the school and the clinic as support staff. Now they were heading to university in Juba or Nairobi to continue their education, funded by Loreto. It is impossible to overestimate how extraordinary and important this is right now.

Over the years, graduates have gone on to study nursing, computing, teaching, business, logistics, and law. They are the pioneers who will blaze the trail for their younger sisters, making the impossible seem attainable. They are the firm rebuke to the people who say that it is a waste of time and money to educate girls at all. They are the entrepreneurs, the healers, the teachers, the leaders who will build a better South Sudan tomorrow, starting today.”