When you are asked what is the deadliest animal that you’ve come across in South Sudan, people are hoping for something dramatic. On my first weekend here, when I was mapping out a potential jogging route around the Loreto campus, I came across a snake thicker than my arm struggling with his evening meal. Now I walk and as I do so I keep my eyes firmly on the ground. My godson has been delighted to hear that I have found scorpions on four different occasions wandering around my bedroom. All were dispatched with a trusty badminton racket that was left behind by my room’s previous tenant. Considering how difficult it is to play badminton by yourself, especially with no shuttlecock, I suspect they may have used it for a similar purpose.

When it comes to dangerous animals, Hollywood with its big budgets and daring adventures has got it badly wrong. Sharks, the subject of several blockbusters, languish in 15th place killing about ten people a year. Lions are responsible for up to a hundred deaths. Hippos, or ‘Rou’ as they are known locally, are at 11th place, killing five hundred people annually. Snakes earn something of their fearsome reputation with fifty thousand deaths and clock in at 3rd place. Surprisingly our most fearsome enemy is also among the smallest. Each year an incredible two million deaths are caused by mosquitos. The toxic and highly evolved diseases that the female carries, make this tiny insect that weighs the same as a grape seed, our greatest predator. 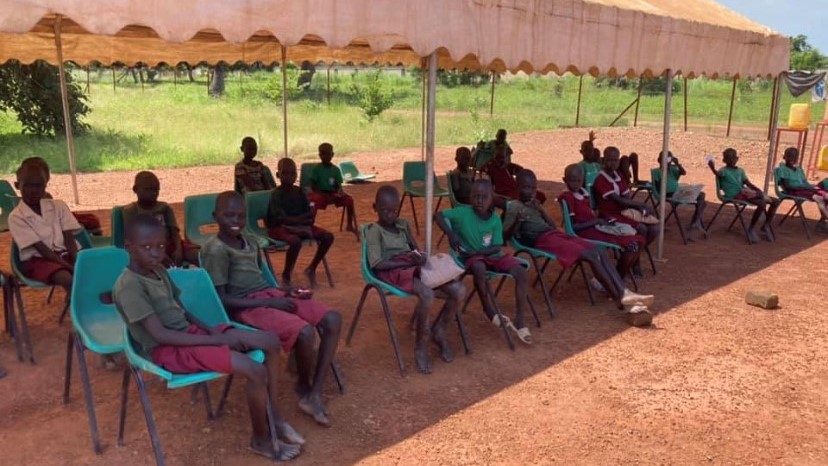 As I have mentioned before, we have been waiting for months for rain. Since the arrival of the rainy season, the community around the school have been working feverishly preparing the soil, sowing the seeds, and keeping an eye on the weeds. The rains were late this year and so far have been sporadic. We are waiting to see how good the crop will be. However, as sure as night follows day, the rains also meant the return of mosquitos. In the dry months, they are not much in evidence and those who fancy themselves thrill-seekers sleep without a net. Not now. They are back, and once again, the number of malaria cases are soaring.

The Primary Health Care Clinic was originally set up to look after the two thousand primary and secondary students, the local workers, and the staff on the ground in Loreto every day. This number does not even include the people our nursing teams looks after in our community outreach programme. Last week alone we had 302 cases of malaria just from the primary school. 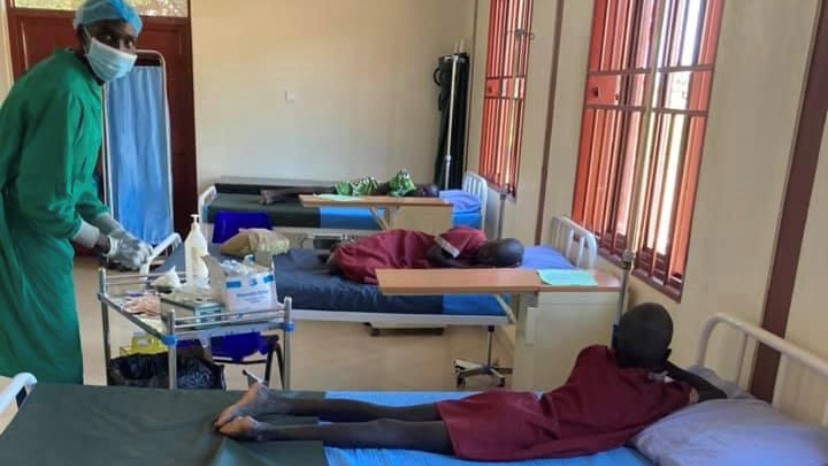 The problem is that in the evening families prepare and eat their meals around a fire in front of their homes. This is the time that the mosquito hunts. In addition, people’s houses or tukuls are often made with rough blocks and a grass roof, although some are fortunate to have corrugated metal. Anyone who has been on holidays in warmer climates know how good mosquitos are at exploiting even the smallest crack in a wall or hole in a net.

The situation this year has been complicated further by a lack of testing kits to determine if someone has malaria and if so, which type it is. Each requires different treatment. Insecurity on the roads mean that trucks from Nairobi stopped coming for a week, so deliveries are backlogged. We are fortunate to have a good working relationship with local NGOs and were able to make up a shortfall, before getting an emergency supply flown in from Juba. 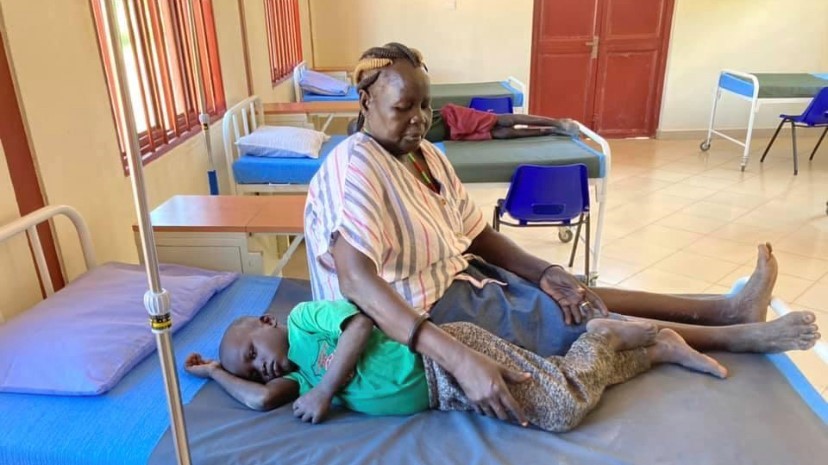 While COVID continues to dominate the headlines, the challenges of malaria have been largely overlooked by the international community. It is a forgotten epidemic by an almost invisible predator that is wreaking havoc on already vulnerable populations. It has been pointed out by more than one commentator that if malaria was as big an issue in Western society as it is here, we would already have developed several effective vaccines. If these past two years have taught us anything, it is that we have the ability if we really want to. Until the situation changes, our nursing team is working flat out and will continue to do so until the rainy season ends in November. It’s going to be a long three months. Please keep them in your prayers.