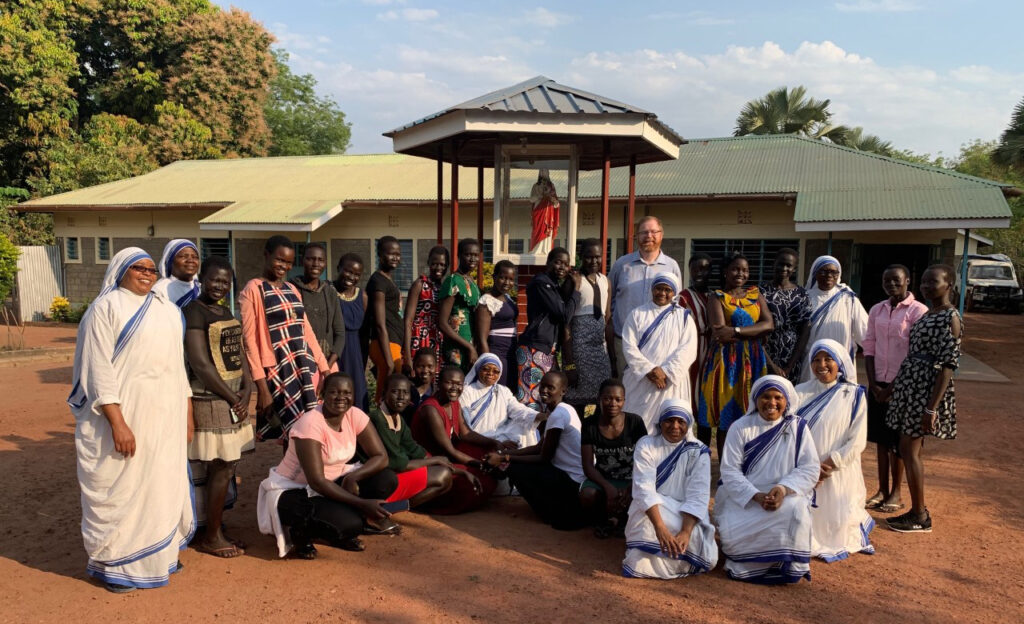 Neighbours are important. I think we’ve come to a deeper realisation of this over these last twelve months. If there is to be anything positive taken from 2020 it must surely be our shared reliance on one another. In addition to the heroic efforts of front-line workers, we have seen neighbours arrange shopping, collect prescriptions, and perhaps most importantly pick up the phone and call to make sure people are doing alright. Some might argue that we had lost this sense of community, but even if we did it’s back in a big way and not likely to be forgotten anytime soon.

Since I wrote last, we had our own Christmas in Loreto, which was both simple and wonderful. There were about thirty students and interns who had stayed with Sr. Orla and me for the holidays. On Christmas Eve we had a prayer service that began at sunset and ended with us singing Silent Night under a perfectly clear, stary sky. For Christmas Day itself Mass was celebrated in the school yard and some of the local villagers joined us in giving thanks for the birth of Our Lord.

This was followed by a special festive lunch of goat, chapatis, ingera, sukumawiki, and (for those of us Irish missionaries who might be feeling a little home sick) potatoes and tripe (an enthusiastic yes to the first and a hard no to the second!). Traditionally you eat the food using the flatbreads instead of cutlery. Sr. Orla managed without difficulty. I brought a fork. Eleven years in the Catholic Boy Scouts of Ireland taught me to be prepared! 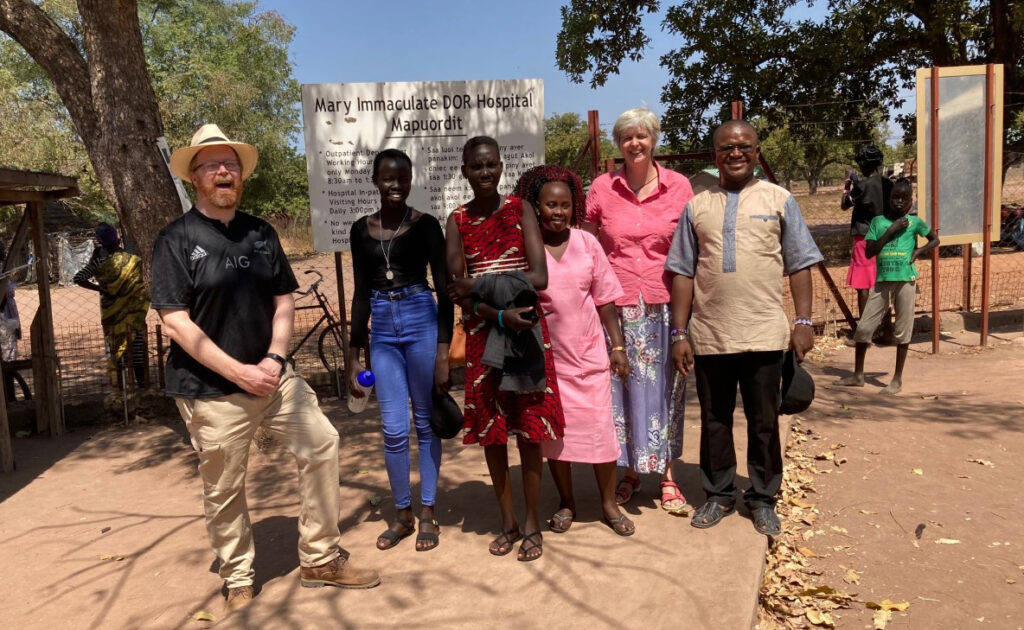 Mary Immaculate Hospital is run by the Comboni congregation and is one of the few health care facilities in the region with a surgical unit. This is led by Br. Rosario, who is also one of the hospital’s surgeons.

Christmas in South Sudan is all about visiting. People travel home to be with family and friends. They catch up with the local news, laugh over good times, shed a tear if there has been a tragedy, but above all they spend time together. The same is true for religious communities. Throughout the Diocese of Rumbek we have sisters, brothers, and priests from all over the world, working in a number of key ministries. There is little opportunity for down time, as the demands can seem unending. Visiting one another for a cup of tea, chatting over some lunch, or gathering for some prayer is truly priceless. Hospitality is both a special and necessary grace.

Our first port of call during Christmastime was to the Missionaries of Charity or Mother Theresa’s sisters to you and me. They work close to the Cathedral in a number of ministries for the poor, including a post-natal residential nutrition programme and an outreach project to a village of people with leprosy. The students came along as we celebrated an early morning Mass with them, followed by breakfast, which went down very well.

Our next stop during the holidays was Holy Cross Parish which is run by Spiritan Fathers, including Monaghan native Fr. John as the PP and Fr. Nolasco from Tanzania as the assistant pastor. They had just installed solar power in their church in time for the Christmas vigil. It is a real gift in a town without an operational power grid and where light at night-time is rare. In addition to their parish ministry, they are also in the process of building a primary school in the bush. St. Joseph’s should be ready for its first students later this year. 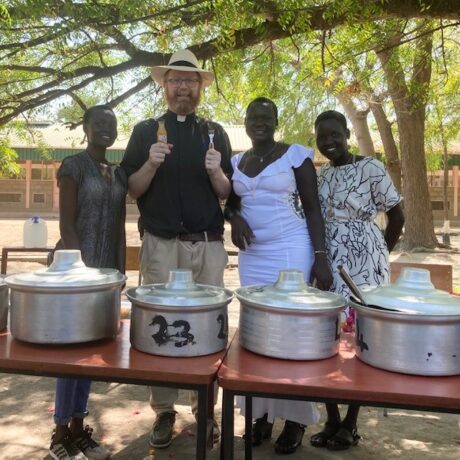 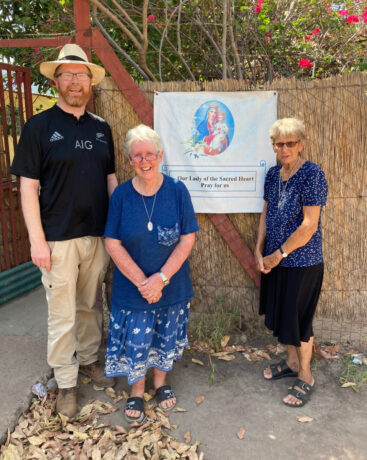 There is a firm belief that education is foundational in the development of South Sudan. While Loreto emphasises the importance of schooling for girls, our neighbours, Br. Eustace from Sri Lanka and Br. Joseph from South Sudan, are doing the same for the boys in the De La Salle Secondary School. What they are trying to achieve is more than just academic excellence. The schools promote a philosophy of education that is respectful of local culture, is rooted in Catholic values,and which forms the leaders of the future.

Our last visit was to the town of Mapourdit. Don’t bother trying to find it on Google maps. I’ve looked and it’s not there. The town itself was once a refugee camp but has now taken on a life of its own, in part because of the work of the Comboni Missionaries and our MSC sister congregation, the Daughters of Our Lady of the Sacred Heart. Br. Rosario, from Italy, is one of the two surgeons in Mary Immaculate Hospital.A brief tour of the facility showed us how they use the little they have to provide maternity care, malaria treatment, surgery for gunshot wounds, hepatitis vaccinations, HIV / AIDS programmes, and basically anything else you can imagine – 24 hours a day, 7 days a week. The Comboni hospital, the schools, and the parish are supported by Sr. Wendy, Sr. Rita and their lay associate Pauline, all from Australia, who have worked there for twenty years.
On leaving we found that we had an addition passenger. Fr. Placide, the PP who come from the Democratic Republic of Congo, surprised us with a goat to thank us for our visit. It was a long two and a half hours home over a bumpy road with a clearly irate and aggressively incontinent goat. In case you are wondering she is settling in fine in Loreto, but later this afternoon I have to clean out the back of the truck. A small price to pay to for seeing the remarkable difference religious are making here in South Sudan.

All in all, it was a very special Christmas indeed.