Ongoing cyclone aid in Mozambique | Missionaries of the Sacred Heart

MSC missionaries in Mozambique are continuing their ongoing work in providing relief to families who were affected by the ferocious cyclones that tore across the country earlier this year. 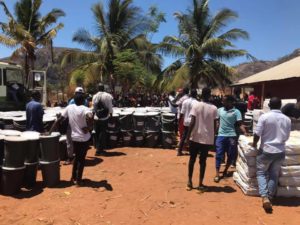 In mid-March, Cyclone Idai wreaked havoc in north-eastern Mozambique, killing over 600 people. Just six weeks later, at the end of April, the Pemba region was hit again by Cyclone Kenneth, and the death toll began to rise further.

Hundreds lost their lives, and over 21,000 people were left homeless by the disasters. Homes, crops, and livestock were destroyed by floods and mudslides, while wells were contaminated, leaving the local drinking water unsafe for consumption, with the threat of cholera and malaria a real danger.

“We have lost everything,” said one survivor. “Our house and most of our belongings were taken by the wind and the waves.”

The Mozambique mission began in March 2018, when MSC missionaries from Brazil began ministering in the Pemba diocese, an extremely poor part of the country with no church infrastructure or functioning pastoral ministry. Our MSC brothers immediately began working to bring positive change to local families and communities, and their reach has spread far and wide in the past year and a half. 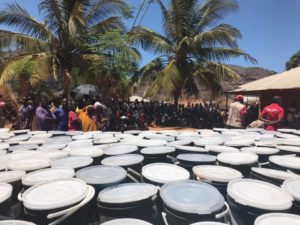 The arrival of the cyclones was a huge setback to the work being done in the local area; however, our MSCs have continued to work hand-in-hand with local families in the area, helping them to rebuild their lives in the wake of the catastrophe, and continuing in their original mission to bring God’s gifts of faith, hope, and love to those in real need. 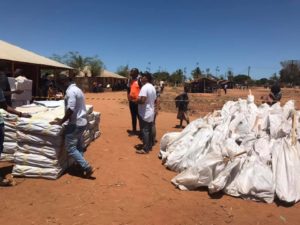 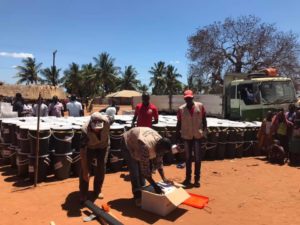 In October, our missionaries took part in a new aid endeavour, distributing essential supplies to families in the Meluco region who are still struggling to rebuild the pieces of their lives following the disaster. These supplies included shelter kits, with tarpaulin and tools, kitchen kits, containing pots, dishes, and utensils, personal hygiene kits, water treatment kits, and flashlights. 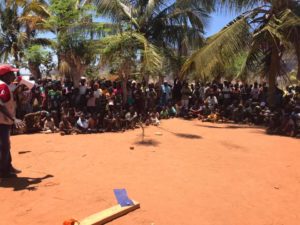 The MSC Mozambique Facebook page reports that this aid endeavour has been taking place throughout Meluco in conjunction with Caritas Mozambique, and will provide much-needed relief to 3,500 families in the region. 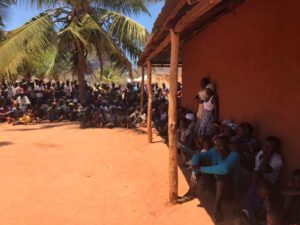 While the flood waters may have receded, the extreme damage done by the cyclones is still very much a real and pressing issue for families who lost everything in the disaster. Our MSC brothers continue in their tireless work to aid these families in their struggle for survival, and to help to rebuild the lives that were shattered by this dual catastrophe.