MSC Pilgrimage to Lourdes 2019 | Missionaries of the Sacred Heart

Each year, the arrival of September heralds an exciting time for the Irish Province of the Missionaries of the Sacred Heart, as we embark on our annual pilgrimage to Lourdes. 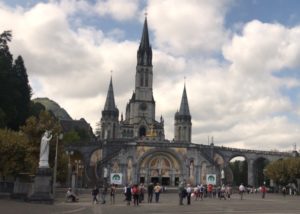 This year saw another wonderful pilgrimage group embark on the well-trodden path to Lourdes on September 14th, for a five-night trip undertaken by the familiar faces of friends and new acquaintances alike. A total of 86 pilgrims travelled from Cork and Dublin, and the group swelled in numbers even more in Lourdes, as friends both old and new joined our MSC party. 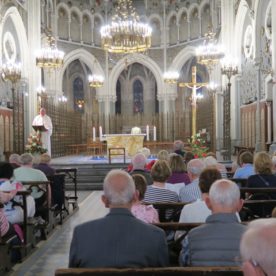 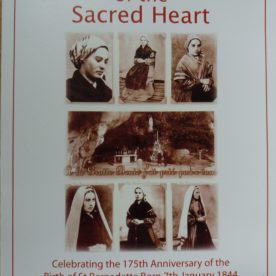 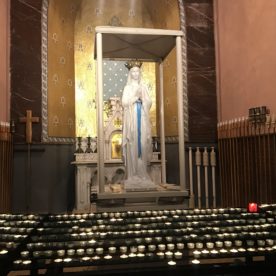 The pilgrimage began on Saturday with prayers at the High Stations of the Cross, led by Fr John Finn. Different pilgrims carried our banner from station to station in a lovely afternoon of peaceful reflection. Evening prayer took place in the Church of Seven Dolours. 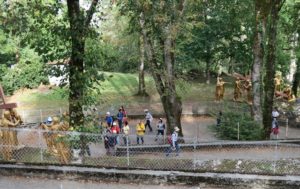 Sunday morning dawned with a 7.30am Mass at the Grotto of Our Lady of Lourdes, which was celebrated with English-speaking pilgrims from the USA and India. “This was a very special time to be at the Grotto, as dawn broke and we watched the sun rise,” says Fr Michael. This was followed by breakfast, and a guided tour of special places connected with St Bernadette of Lourdes. 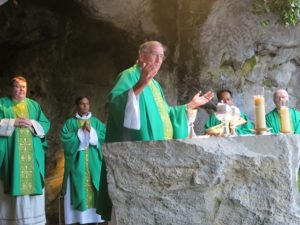 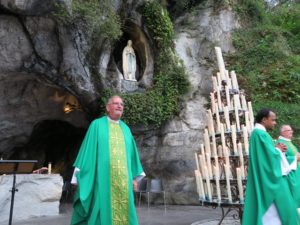 This year’s pilgrimage was a special one, celebrating the 175th anniversary of the birth of St Bernadette of Lourdes, who was both on January 7th 1844. St Bernadette is widely known and loved for her experience of apparitions from Our Lady of Lourdes – “a small young lady” who appeared to Bernadette on 17 occasions in a niche in the rock at Massabielle, while Bernadette, aged 14 at the time, was caring for her family’s flock of sheep. The Lady requested that Bernadette “go to the priests and tell them to build a chapel here”, but it was not until their seventeenth meeting that “the beautiful lady” identified herself to Bernadette. That chapel was to become what is now the Grotto of Our Lady of Lourdes, the site of miracles visited by millions of people every year. 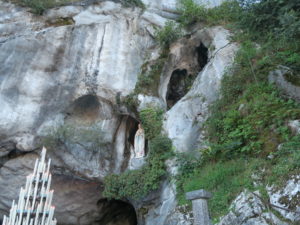 “It was lovely to see the improvements made to the domain area,” notes Fr Michael. “There have been new trees planted near the Grotto, improvements at the baths, new taps to wash your hands and face, and the candles have been moved to the opposite side of the river. There is also a special emphasis on prayerful silence.”

Holy Hour on Sunday night was led by Fr Charles Sweeney at the Chapel of St Maximilian Kolbe. “Everyone lit a candle, and we remembered and prayed for our deceased,” says Fr Michael. “The healing service on Monday evening at the Upper Basilica was also very special.”

Monday also saw Mass at Bartes, where St Bernadette lived twice. Here, our pilgrims had the opportunity to venerate a relic of St Bernadette, and view a sample of her handwriting that has been preserved through the ages. 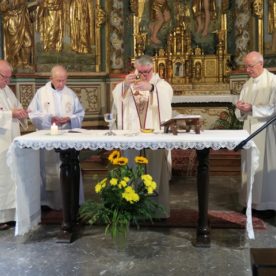 Celebrating Mass in Bartres on our 2019 MSC pilgrimage to Lourdes. 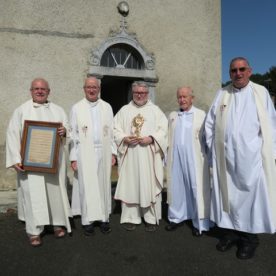 Fr Michael O’Connell displays a sample of St Bernadette’s handwriting in Bartres on our 2019 MSC pilgrimage to Lourdes. 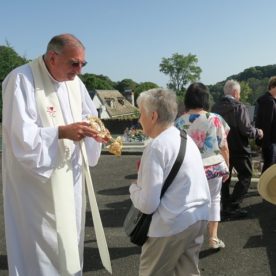 Venerating a relic of St Bernadette in Bartres on our 2019 MSC pilgrimage to Lourdes.

Tuesday afternoon brought prayers at the Lower Stations of the Cross, followed by a Rosary mediation at the Chapel of St Maximilian Kolbe. Wednesday morning’s Mass at the Bois St Francois at the City of St Pierre, or the City of the Poor, was another particularly lovely moment as Mass was celebrated in the open air beside the beautiful lake. “We thought it was starting to rain at one point,” recalls Fr Michael, “but it was just the wind shaking the rain off the leaves in the trees! The weather was wonderful on the whole, and it only rained at night.” 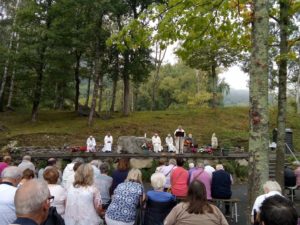 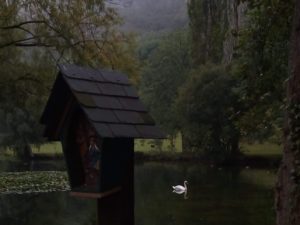 The return flights were not until the evening on the final day, which gave our pilgrimage group a full day at their leisure to revisit their favourite spots, and spend time in prayer by the river or at the Grotto – a perfect end to the journey.

“We had another fantastic group of pilgrims this year,” says Fr Michael. “We were especially blessed in our guitarist, Jerry, and his wife, Deirdre.” 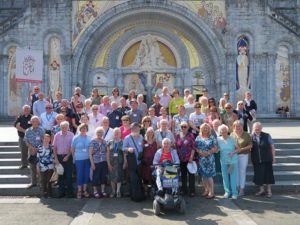 From candlelight vigils to a beautiful outdoor Mass celebrated at the City of the Poor, this year’s pilgrimage was a prayerful, grace-filled trip that left all involved with full hearts. All of our benefactors and mission friends were remembered in the prayers of our MSCs and pilgrims on this year’s journey, and as always, we would like to thank everyone who participated for making this year’s pilgrimage a resounding success.

If you would like to find out more about the annual MSC pilgrimage to Lourdes, please click here. 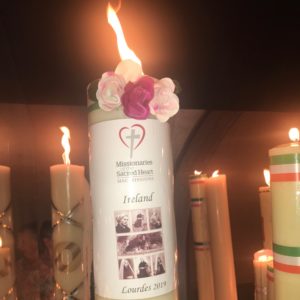