MSC World Projects Appeal 2020: Education in the Congo - Missionaries of the Sacred Heart

Educating for the future in Bokungu-Ikela

The diocese of Bokungu-Ikela, located in North West of the Democratic Republic of Congo, was founded by the Missionaries of the Sacred Heart in 1961. Coming up to its 60th anniversary, the diocese has 15 parishes and a small clergy of 24 priests, with three MSC communities ministering in the area. Covering an area of 42,000 km, the population of the diocese is estimated at 620,000 – 30% of whom are baptised Catholics. 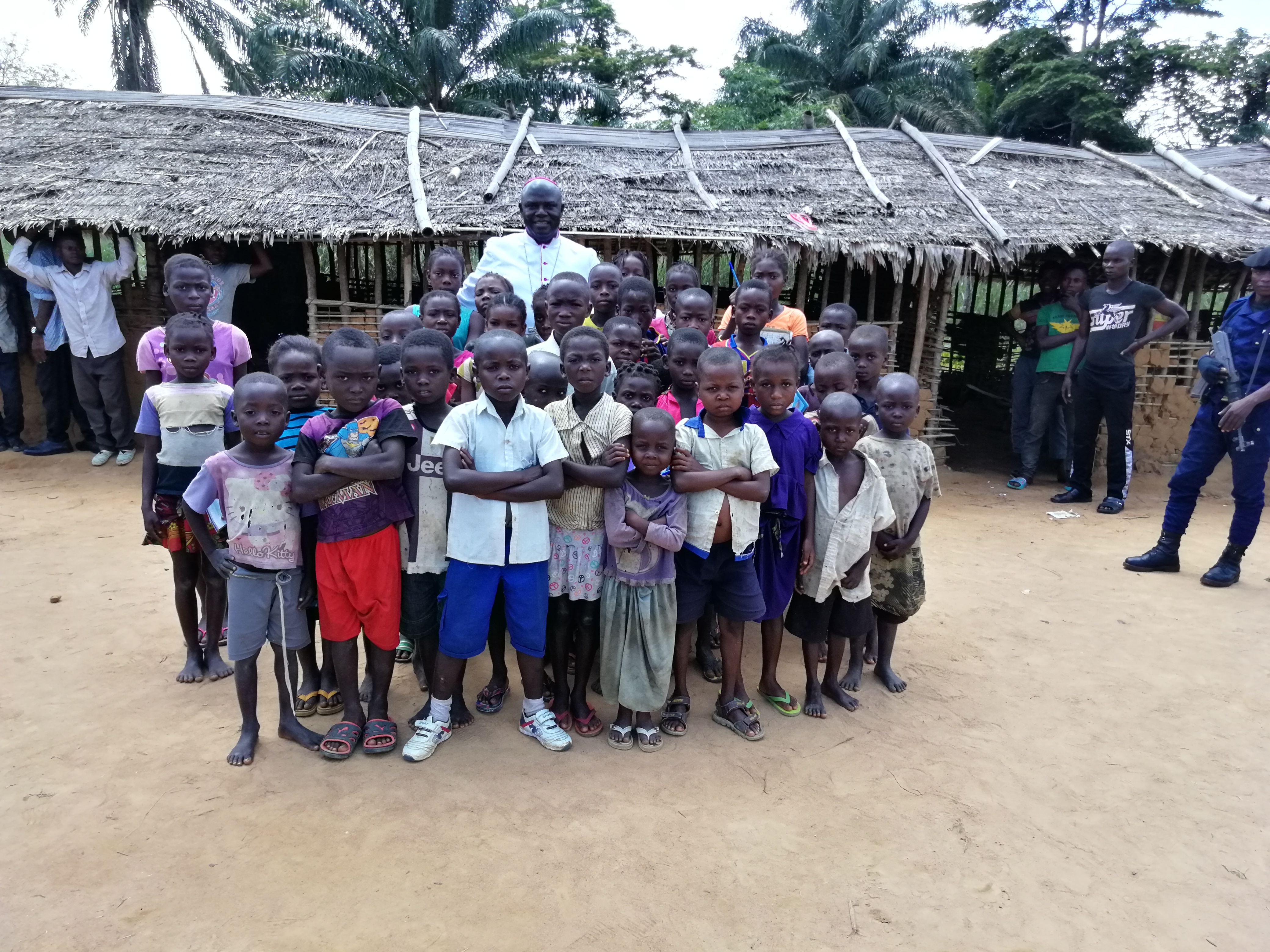 The Democratic Republic of Congo is ranked as one of the poorest countries in Africa, with enormous natural resources but terrible corruption at government level. The majority of parishes in the diocese are located in extremely isolated areas, where transport is difficult as the roads are in almost destroyed. Cars are rarely used, with locals sometimes travelling by motorbike, or, most often, on foot. The population depend on agriculture and livestock for their livelihoods, and their living conditions are both difficult and precarious. The Catholic Church is one of the main sources of hope for struggling families in the region, particularly when it comes to education. However, schools in the area are severely lacking in even the most basic necessities – many children study and learn while sitting on the ground, as they have very little in terms of facilities such as benches and tables, or even notebooks and pencils. School buildings are rudimentary, often little more than straw and clay bricks in a state of disrepair. Bishop Toussaint Iluku MSC, who became a Bishop of the diocese of Bokungu-Ikela in July 2019, is now attempting to bring some relief to students and teachers in the region by raising funds for education in the area. Over the next five years, his aim to begin repairs on existing school buildings, and to build new ones where repair is futile, giving the new generation of local children a spark of hope for a brighter future.

“I would particularly like to encourage young girls to go to school, and even later, to have their mothers back in school, so they can learn to read and write, as most women abandoned literacy classes because of lack of resources. I am convinced that the one who educates a girl prepares the future of the nation.” The initial stages of Bishop Toussaint’s project involve building a new school in the Yetsi region, with the construction of a school building with six classrooms and an administration office estimated at approximately €66,000. The provision of education facilities for the children of the area, and future generations, is priceless, and will provide a vital resource for a region that is currently locked in a serious struggle for survival.

CAN YOU HELP OUR MISSIONARIES IN THE CONGO?