“I shall ask the Father, and he will give you another advocate” 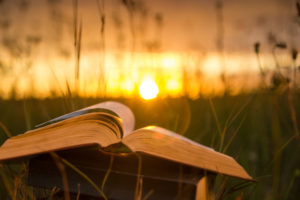 “All who are led by the Spirit of God are children of God”.

The Sunday readings today stress the part played by the Holy Spirit in the lives of individual believers and of the Christian community. It is by the laying on of the hands of the Apostles that the Holy Spirit came on the believers in the Samaritan town converted by Philip. It is the Spirit of the risen Christ that gave confidence to the believers during their trials, referred to in the letter of Peter. It is the Holy Spirit that Jesus promises to send on his followers as a second advocate, defender, comforter. In our own day the Holy Spirit gives the certainty of faith in Jesus to the individual believer, belief in a world unseen. The Holy Spirit gives consolation of soul, and the joy and peace which Jesus promised before he left. The Holy Spirit guides us as believers to live in keeping with the Gospel message, with purity of heart and with a religious attitude that takes the directions for one’s life from heaven, from Jesus, from the Church, rather than from a worldly secular attitude that does not believe in another world or accept direction from it.

Another thought worthy of reflection arising from today’s Gospel reading is the opposition and contest that there was, and always will be, between Jesus himself, his followers, and the other forces which the Gospel calls “the world”, that is those who were not ready to accept his person or his message, and who maintained, or will maintain, that they had been victorious over Jesus, that he and all he stood for were conquered by his death on the cross. Jesus assured his followers that the Paraclete, that Advocate, the Holy Spirit, that he was to send would convince his followers (and convict “the world”) that the contrary was the case. They should take courage; Jesus had conquered the world. Those forces working against Jesus and his work are still active.

We need not enter in any further detail into this question here, but to recall that in this continuing contest, Jesus and his Father are also active through the Holy Spirit, the Advocate and Comforter. However, we may mention that an obvious example of the ongoing contest between the forces contrary to Jesus is active atheism, and the movement “Atheist Ireland” actively engaged in an effort to destroy belief in God, with special emphasis on vilifying the Catholic Church, attempting to remove any influence of Catholic, that is Christian, religion from public life and the teaching of religion inn primary schools. Today’s Gospel and liturgical readings call for a response on at least two points, namely to recall Jesus’ promise of the Holy Spirit that gives confidence to the conscience of each believer that he, Jesus, has “conquered the world”, all opposing forces, and gives confidence and peace in believing, and secondly not to forget the advice of St Peter in the Second reading today: have a good knowledge of your religion

“Always have your answer ready for people who ask you the reason for the hope that is in you; but give it with courtesy and respect”.