In January 2019, MSC Missions Office Director Fr Michael O’Connell spent three weeks in Venezuela, visiting MSC parishes in the cities of Maracaibo and Caracas. Here, he shares his experiences and his thoughts on a country in crisis.

“Water is now becoming a problem, especially in Propatria, Caracas. They pump water into Caracas around three days a week. Fr John Jennings says that you know when water is coming, because there are leaks in the street – then you know that the municipality is directing water into the area. The locals are very proud; I saw people out sweeping the streets during my visit. Even though it was mucky and the sewage smelled terrible, they still wanted to keep it clean.

This year, more than ever, I noticed more blue tanks on the roofs of houses and buildings. These are containers to conserve water, and there are far more in place now because of the water shortages. People often come to the MSC house to shower and wash their clothes. People are bringing water to their houses, like bringing water to a home from a well in rural Ireland.” 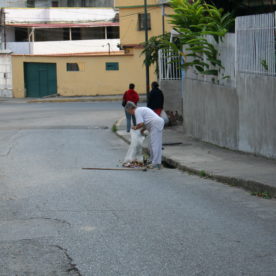 Venezuelan people have great pride, and work hard to keep their local areas clean and tidy, despite a lack of water. 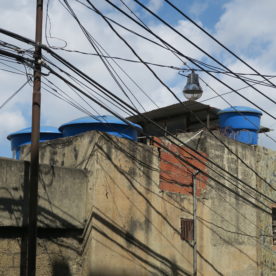 Large blue containers are in place to store water, which is currently pumped into Maracaibo and Caracas just three or four times a week. 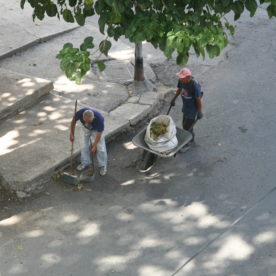 Venezuelan people have great pride, and work hard to keep their local areas clean and tidy, despite a lack of water.

“The current climate is taking its toll.”

“Venezuelan people are very clean; they shower and wash their clothes a lot. They are very proud, and very image conscious. You won’t see them out and about with rollers in their hair! Our MSCs know if water hasn’t been sent to the district for a while – people won’t come to the church, as they wouldn’t be clean. The lack of water affects their social life, and church is a social occasion where they meet up and chat together. I did notice that many people weren’t able to keep themselves as well this year – there was a lot more grey hair showing and people are a lot thinner. The current climate is taking its toll.

I brought with me a suitcase full of toiletries kindly donated by parishioners of the Sacred Heart Church in Cork, and they were given out after Mass, while some were kept back for people who called to the door. The poorest people call to the door of the MSC house for help. When we gave out toiletries after Mass, the smell of soap lingered around the church – and from the pictures, you can see the sheer joy it brought people. There was a queue for the toiletries, and they would have taken more if we had it.” 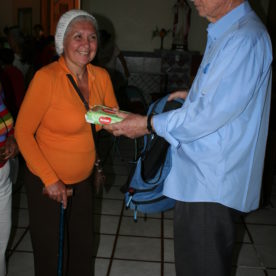 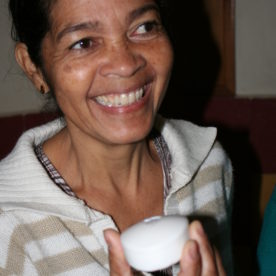 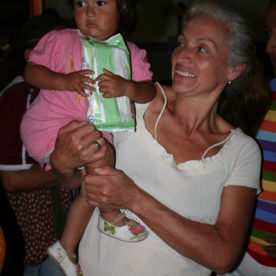 “Living spaces are small and cramped; there is no privacy.”

“Back in Maracaibo, I noticed that there are a lot of houses for sale – more houses than the last time I was here, certainly. Over three million people have now emigrated. They have left Venezuela for Panama, Chile, Peru, Columbia, Brazil… Nearby countries where people might be able to find work.

Once again, theft is a real problem. In the church, fans are chained to the wall because of theft, and speakers are kept in metal cages. There are railings on balconies, even when they are many storeys high – people will attempt to break in, no matter how high up you are.

Living spaces are small and cramped in the barrios (slums); there is no privacy. If you breathe in one room, somebody will hear you in the next room. Space is at a premium – one of my photographs shows a house extension in progress. There had been a landslide, which cleared the ground, so people then had room to extend.

We visited one house located up a hill so steep that Fr John wouldn’t bring his car up the final run, in case he couldn’t get it back down again. We took the last leg of the journey on foot, to give Holy Communion to a lady who was very ill. One of her family members who had come to Mass that day brought us to see her.” 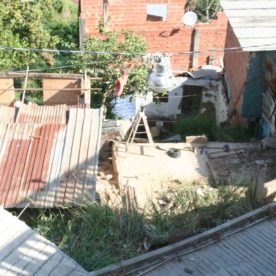 A house extension in progress where a landslide cleared space. 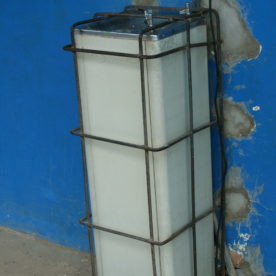 Speakers at the church are kept in cages to prevent theft. 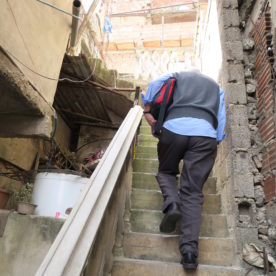 Fr John Jennings MSC visiting a parishioner who was too sick to go to Mass, at her home in the “barrios” (or slums).

“Our MSCs do their best to make life more tolerable for parishioners.”

“In Maracaibo, there are a lot of little markets popping up, selling bits and pieces. Houses are selling food, and little ice-creams called Coffey. People are now selling their clothes. Tyre repairs and replacements are on the go 24 hours a day. Tyres for a Ford Fiesta would cost about 20 million bolívars – around USD $76.

Fr Vincent Screene has given out water cooler boxes to parishioners in Maracaibo, so they can make and sell fruit juice using local fruits, particularly mangoes. These coolers have a tap on then, and they can hold about 44 litres of liquid. They cost around USD $30, but people can sell juice and make some money in the long term. Fr Vincent has also provided coffee grinders and vacuum flasks to parishioners, so they can make their own coffee and sell it. All of these things help people to gain back a little bit of independence and self-sufficiency, and help to make life more tolerable for families. Fr Vincent has also bought beds and mattresses where he could, especially for children.” 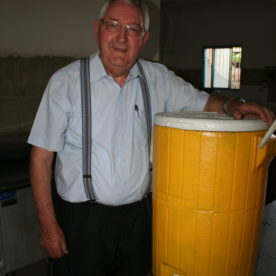 Fr Vincent Screene MSC has provided parishioners with containers in which they can make and sell fruit juice. 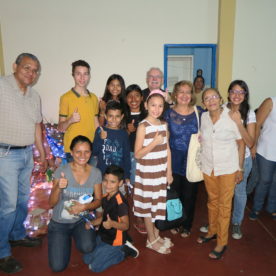 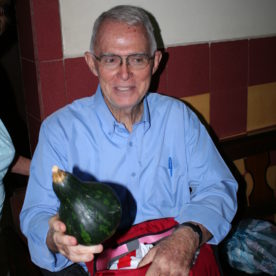 Local families have very little, but are generous with what they have. Here, Fr John Jennings MSC is given a gift of vegetables after Mass.

“Our parishioners are wonderful, warm people who are simply doing their best in the face of an impossible situation.”

“The Irish Department of Foreign Affairs recommends that you don’t go to Venezuela unless you have to, and if you do go, stay away from certain areas – such as Maracaibo. The people of Caracas seem to be treated better by the government. Caracas is the capital, and the government appear to be more keen to keep people there happy, for fear of rebellion. Caracas contains more barrios, and more people who live there immigrated from other countries when the standard of living was better. People who were not born in Caracas are living in severe poverty, and there’s a fear they might rebel, so the government keep the system rolling. In Maracaibo, I noticed far more issues with electricity outages and with problematic internet – and the food boxes that the government are supposed to issue to every household each month are very rarely, if ever, seen there.

Despite hardship, poverty, and hunger, our parishioners are very generous, and are a very patient people. They give what they can. We have had extremely poor people bringing gifts of food to one of our MSCs who was ill. They are also extremely enthusiastic in their faith. Our parishioners are wonderful, warm people who are simply doing their best in the face of an impossible situation.” 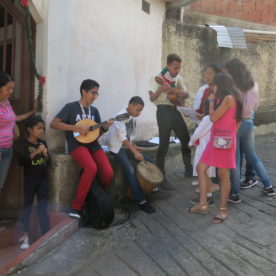 An enthusiastic young choir practising before Mass in Caracas. 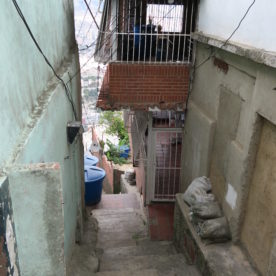 From limited space to severe hardship, life is very difficult for parishioners living in the “barrios”, or slums. 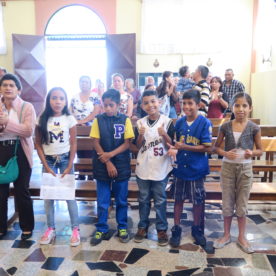 Find out more about our missionary outreach in Venezuela

An Economy in Crisis