What is World Youth Day?

Every three years, young Catholics from around the world come together for World Youth Day (WYD), gathering in the spirit of prayer, celebration, reflection, and above all, joy. The WYD celebrations give young people a chance to grow together in their faith, sharing their hopes, prayers, and aspirations in the company of millions of others who are there to offer encouragement, strength, and support. World Youth Day is a uniquely powerful expression of the universality of the Catholic Church, and has quickly become a highlight of the festival calendar. 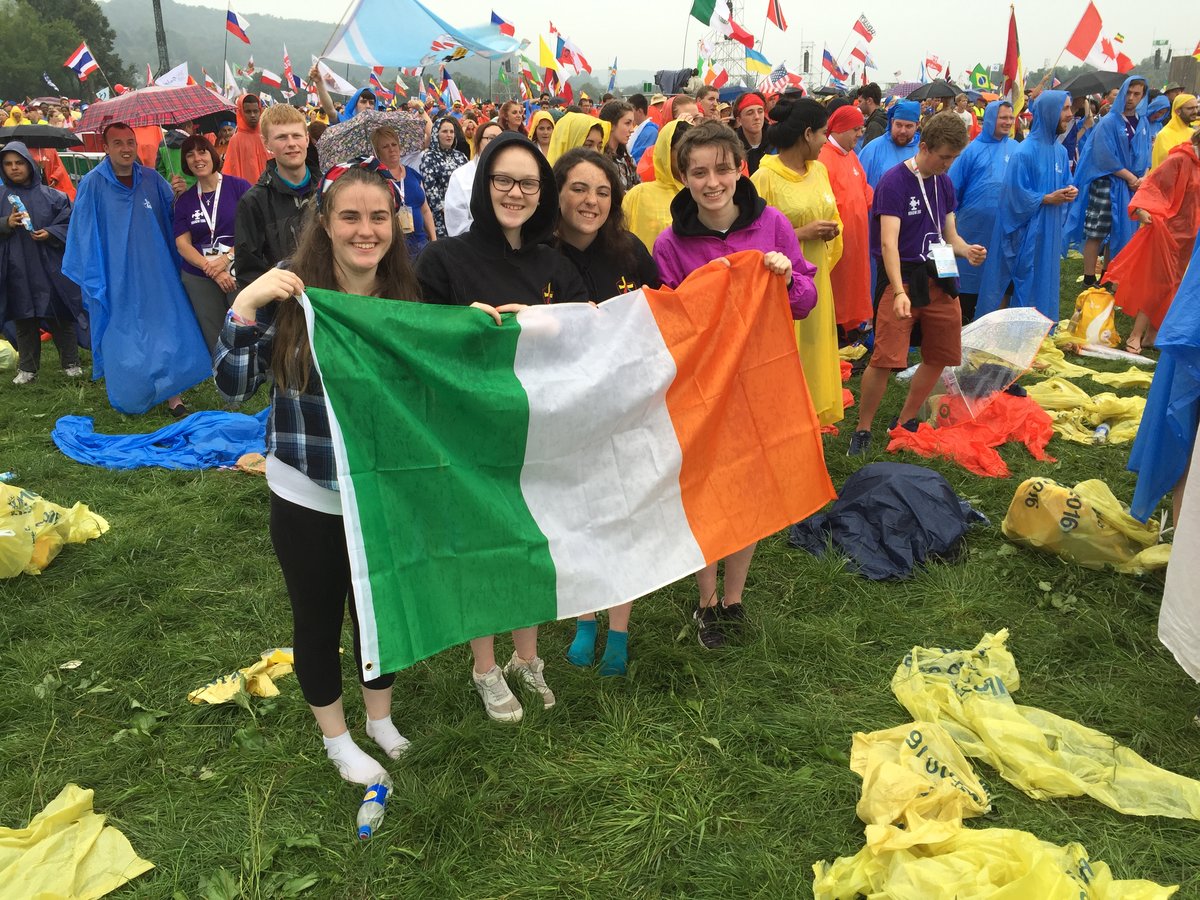 The celebrations take place in a different city every three years. In 2013, Rio de Janeiro hosted the festivities, 2016 saw the gathering take place in Krakow, Poland, and in 2019, young people from all over the world came together in Panama, to celebrate their relationship with God and with each other, and to take the opportunity to attend an audience with the Pope. From Mission Week to the Pope’s address, the World Youth Day festivities are invariably a resounding success – and the countdown has already begun ahead of the next WYD festival, due to take place in Lisbon in 2022.

How did it all begin?

In 1984, as the Holy Year of Redemption drew to a close, Pope St John Paul II issued an open invitation to young people all over the world, asking them to join together for an International Jubilee of Youth in St Peter’s Square. The response was overwhelming, and on Palm Sunday, over 300,000 young people from different cultures and different nations came together in a jubilant celebration of faith.

On this day, Pope St John Paul II passed on what is now known as the World Youth Day Cross, a symbol of Christ’s love for humanity to be carried across the world. Welcoming all who had travelled to Rome, he said:

“What a fantastic spectacle is presented on this stage by your gathering here today! Who claimed that today’s youth has lost their sense of values? Is it really true that they cannot be counted on?”

This initial gathering marked the beginning of something special. The following year, Palm Sunday coincided with the United Nations’ International Year of Youth. Once again, the Pope invited the youth of the world to join him in Rome, and once again, the reaction was overwhelmingly positive. The institution of World Youth Day was announced later that year, on December 20th, 1985, and the first official World Youth Day celebrations took place in 1986, in Buenos Aires, Argentina.

Initiated by Pope St John Paul II, the success of these gatherings have made them an international institution that are planned for and looked forward to with joyous anticipation. John Paul II’s final celebration of International World Youth Day took place in Toronto in 2002. Speaking to a crowd of 800,000, he said:

“When, back in 1985, I wanted to start the World Youth Days… I imagined a powerful moment in which the young people of the world could meet Christ, who is eternally young, and could learn from him how to be bearers of the Gospel to other young people. This evening, together with you, I praise God and give thanks to him for the gift bestowed on the Church through the World Youth Days. Millions of young people have taken part, and as a result have become better and more committed Christian witnesses.”

World Youth Day can be seen as John Paul II’s legacy to young Christians all over the world, a legacy that has been faithfully carried on in his stead, first by Pope Benedict XVI and now by Pope Francis. The sense of joy and strength in faith that comes from a shared experienced is reinforced year by year, embracing both the young and the young at heart. In 2013, Pope Francis reflected:

“Dear young people, I saw you in the procession as you were coming in; I think of you celebrating around Jesus, waving your olive branches. I think of you crying out his name and expressing your joy at being with him! You have an important part in the celebration of faith! You bring us the joy of faith and you tell us that we must live the faith with a young heart, always: a young heart, even at the age of seventy or eighty.”

Unity, celebration, and togetherness: this is the message that International World Youth Day proclaims, and this is the essence of spirit in which we endeavour to live on a daily basis.

CHECK OUT THE MSC VOCATIONS BLOG FOR MORE FROM WYD